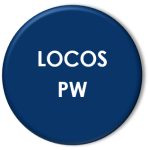 Oxidation of toxic sulfides and hydrosulfides contained in produced water by air to less harmful – thiosulfate, hydrosulfate and sodium sulfate in the presence of KSM-X catalyst at 60÷80°C and a pressure of 0.5 MPa. 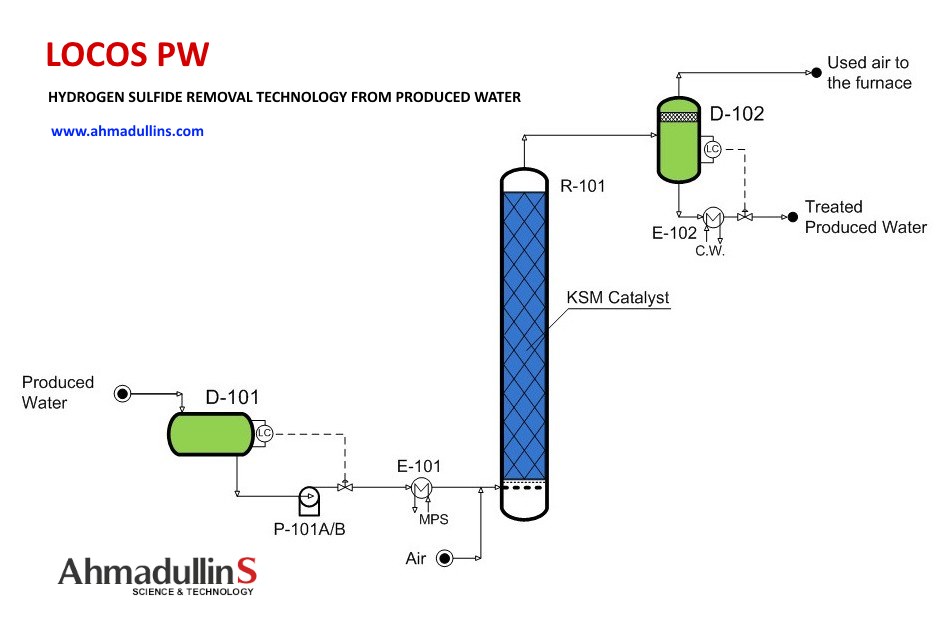 Produced water separated from oil and mechanical impurities accumulates in tank D-101. Further it is pumped by P-101A/B into heat exchanger E‑101, where it is heated to 60÷80°C, and then supplied through distributor to the bottom of reactor R‑101. Before entering reactor R-101 produced water is mixed with air under 0.8 MPa pressure.

This mixture goes co-currently upward from the bottom of R-101 through the densely loaded layer of KSM-X catalyst, on the surface of which oxidation of toxic, corrosive hydrosulfides into inert odorless sodium hydrosulfate and thiosulfate proceeds in a continuous-flow mode by reactions (1) and (2):

Technology effectively and sustainably operates in a wide range of hydrogen sulfide concentrations, does not require large consumption of heat and reagents, carbon steel units are used in the process.

KSM-X catalyst having high mechanical strength and chemical resistance to acids and alkalis allows reducing temperature and volume of the reactor. Guaranteed service life of KSM-X catalyst is 8 years. During operation, catalyst does not require additional regeneration since it runs in parallel with reaction of sulfur compounds oxidation.